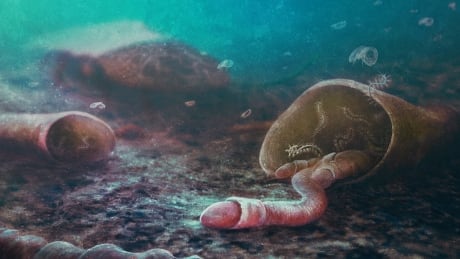 Scientists have uncovered rare fossil evidence of an inter-species relationship between two different types of worms more than 500 million years ago in what is now the Canadian Rockies. It’s one of the oldest examples in the fossil record of symbiosis, a close, long-term interaction between two species.